How Montmartre saved me before ooohhh and aaahhh - sexual adventures and mental suffering.... ME IN PARIS: part 2 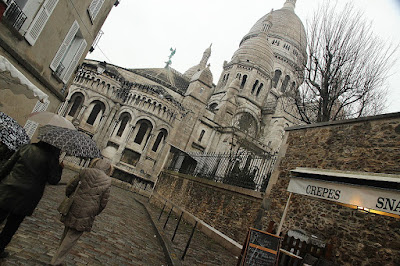 "You need pay for a hotel," surprised me receptionist - cultivated older man wearing intelectual glasses. He looked more like staff of library (one was near to my hotel - Library of Francois Villon what I discovered on my way to the Lidl - yes - Lidl is there... Lidl is in Germany, London, Czech Republic... and in Paris... Lidl is everywhere...) then receptionist of small hotel at the periferie (actually it was not periferie - just a fifteen minutes by walk from Square Republique.

I was not still enough defrozened, I was tired cos I woke up very early morning and before that I had manage lot of things and cancelled some of my work. It was late afternoon and I had just one and half hour for take a short rest and then go to the Mungo Lingo (amazing international Meetup what I will write in next part of my ´Paris story´). I wished myself just do quick check-in and it was all for that time... He was probably the same meaning but wanted from me money for something what I was convinced it was paid. After short absurd conversation when I defence myself and try to convinced him that it was really paid I discovered he probably was right. So I paid that and then finally went to my room. I dont know why but during these three days was in reception only this men or nobody. It was strange hotel little bit like from some horror. And I dont write that just becouse oposite of it was a Elementary school and every morning were the children crying there ourside almost every break (one of moments in my life when I have been very thankful I am far from my parents house - cos they are living next the elementary school as well.) or it was noise from the cars from the street - it´s look like a little bit hotel from Psycho (so... I started in the Part 1 about Hitschcock so I have to a little bit continue with that...:-) ). The first night was fine but the second day... Morning I discovered that the maid in the hotel is nice Muslim girl which I was happy that after all that there are really still living and not persecuted Muslims in Paris. But the next...
So I continued with discovering beauty of Paris. Afternoon after short break and lunch I started to preparing myself for visiting Montmartre. At the same time moved to the next room a new next door - some couple. The walls in the hotel were probably created from paper cos almost every single conversation was very clearly hear (for me nothing interesting cos almost it was in French. PS: I dont speak French) .
A few minutes before my setting off to Montmartre the couple become ending the conversation and from next door started coming amazing sounds. Something like.... (Woman voice:) Oooohhhh and aaah...  and repieted with not usually intensity (or maybe normal intensity but sounds more then usually at the place with papers walls.
I couldnot believe that I am really so ´lucky girl´ and despite of stronger and stronger rain I did quickly sett off. Unbelivable this amazing ooohhhh and aaaaahhhh followed me on the floor and then on the stairs... and then on the next floor.... and on the next stairs... and then at the small hall... where was no receptionist. Ooooohhh and Aaaahhhh stopped follow me right at the moment when I did shut the outside door from the hotel DEFINITELY! Thank you the door again!
Montmartre was amazing! I did hope for taking lot of interesting pictures. But the rain was more strong and strong. I just did it some pictures and then started very strong wind as well. I had hide my camera and protect it.
Interesting - the first day was frozen and my fingers were frost but the sun made amazing light and colours for my pictures. The second day was more warm but raining and foggy I couldnot make great pictures this day. (Yes - ofcourse - the next day - my 3th day in Paris was amazing - no raining, warm... but I was on the way to London:-) ).
So after my visit Montmartre and walking throught the Paris I was absolutely wet and looking forward to ged dry in a hotel. Of course.. I counted the amazing next door couple could finish...
Ooooo! Nooo! When I got to the hotel ... there was continue... But great news... the woman voice did sound tired... it was not crying, it was more... whimper... but still sexy - sure...  In this situation should be... :-))).
But really I was right... she was really at the end of her potenty (I hope he as well...). So in five minutes after my arriving they FINALLY - after 3 hours finished and very quickly left the hotel.
I supposed they were just setting off to a diner. (Maybe yes... but forever...) and they never (never I mean ´never during my stay in Paris´) came back. Instead them came there some older man (I guessed by his deep voice and tought cough what he showed me almost all night.
So my neighbourgs at the hotel were... AMAZING.... absolutelly... (Yes, I am ironic:-))) ).
But at the same time I remembered my colleague at College of Journalism in Prague. She wrote the article about her next door couple at home whose were every night did it amost the same noice like my next door couple in Paris (but they rented the room just for three hours and the couple in Prague was living for a long time next my friend door:-). I could remember she shocked with this article the jury at our school and amused me very much. Then we become a friend cos I said myself that someone who is able (and so enought encourage)  to write the true - what is really annoying for her - and by very funny way it should be great person. I was wright. It is big pitty she cancelled her writing.
Maybe she should get the inspiration in Paris again after these many many years:-))). How me right now... :-)))
O.k. - next Mundo Lingo and another stories...And how the people say me that Paris is romantic place and some of them that it is not so romantic - cos Prague is more romantic then Paris... I dont know... maybe depents it... on the... hotel where you stay... and your neighbours... how strong have a voice... ;-)
Location: Montmartre, 75018 Paris, France 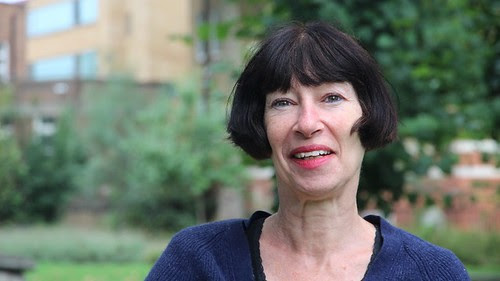